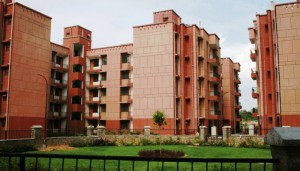 NEW DELHI : The wait is not over yet for those who filled application forms for Delhi Development Authority (DDA) Housing Scheme 2014.The tentative date for the draw of lots was originally scheduled for November 10 and it was later postponed to November 12. But now it seems, the applicants will have to wait till Nov 17 to know about the results. Sources claimed on Friday that the results will be declared around 11.30 am on Monday (Nov 17) .
DDA for the first time would also be “webcasting live” the entire draw on the Internet with a dedicated URL (www.Ddadrawlive.In) for the same.A news website has quoted Balvinder Kumar, vice chairman of DDA, that some applicants had reported issues with the data in their application forms uploaded on its website. This has postponed the draw of lots by a couple of days and it is most likely to be held this week.
The DDA is hopeful of conducting the draw in two to three days, he had said.It has been conducting a dry run since Monday to check its preparedness for the much-awaited draw of lots.
The Delhi Development Authority for the first time has also planned to webcast the entire event live on YouTube, and so the run serves as a means to test everything in working conditions so as to avoid any glitches later on.The webcast would be available for “unlimited” number of online users through the YouTube channel.
The scheme, which was launched on September 1 had seen a massive response both online and offline, leading to DDA’s website getting crashed within few hours on the opening day itself.
The last date for the scheme was October 9 but the date was extended till October 15 later. Till then 7.5 lakh applications were received. The number rose to 8.5 lakh a few days later as applications from far-flung bank branches reached the DDA headquarters here late.
The new scheme, which offers over 25,000 flats across various categories, ranging in price from Rs 7 lakh to Rs 1.2 crore, closed on October 15.
It offers 25,034 flats, viz. – EWS, LIG, MIG, HIG, Janta flats and one-room apartments. The 22,627 one-bed room apartments were a major draw for the people this year.
Although about 17 lakh brochures were sold through DDAcounters and branches of its various empanelled banks, officials ascribed the “lukewarm response” to the scheme to the lock-in period and the nature of flats on offer.
“The primary reason for the not-so-overwhelming response, despite selling so many brochures, could be the five-year lock -in period for the ownership of the flats, which we have introduced for the first time.
“Besides, most flats are of lower range, one-bedroom types, so that could be another factor,” the official said.The lock-in period mandates a duration of at least five years before the ownership of the flats is handed over to the allottees under the scheme.
This latest housing scheme was launched on September 1. The last date for application was initially set for October 9 before it was extended till October 15.
The DDA official website following a massive response had crashed in the first few hours of the opening of the scheme only prompting authorities to upgrade their servers to meet the “exponential rise” in the online traffic.