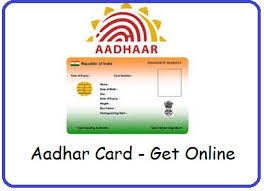 NEW DELHI : In a complete U-turn from its earlier stand, the Home Ministry has come out in full support of the Aadhaar scheme saying it will facilitate “anytime, anywhere, anyhow” authentication to its beneficiaries.
In a letter to all state governments, the Home Ministry said that since one Aadhaar number is allotted only to one person, it allows universal verification of one’s identity. Aadhaar card also enables the deprived and needy people to access services like banking facilities.
“Since Aadhaar is based on the demographic and biometric information of an individual, it eliminates the threat of any fraud and bogus activity. “Aadhaar will provide its possessor with universal identification. (It) will facilitate ‘anytime, anywhere, anyhow’ authentication to its beneficiaries (and) be a single source of identity verification,” it said.
The ministry’s stand on Aadhaar is in complete reversal of the position taken by it under two predecessors of Rajnath Singh — Sushilkumar Shinde and P Chidambaram. During the previous UPA regime, the Home Ministry had raised concerns over the sanctity of the the Unique Identification Authority of India

(UIDAI)’s database, saying uniqueness of identity was not a necessary condition for ensuring authenticity of identity or genuineness of other entries or records of Aadhaar numbers. The ministry had raised concerns over supporting documents submitted by people as proof of identity and proof of address for getting an Aadhaar number.