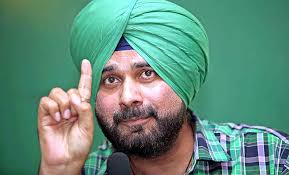 PUNJAB BUREAU
Amritsar : Flamboyant BJP Amritsar Lok Sabha MP and former Cricketer Navjot Singh Sidhu has failed to utilize his sanctioned Member of Parliament Local Area Development (MPLAD) funds for his Amritsar constituency. His performance is worst amongst all Lok Sabha MPs in Punjab as he merely used Rs.9.45 crores of funds against sanctioned amount of Rs.19.00 crores in the current term of 13 Lok Sabha.

Sidhu who recently hit headlines for targeting his own BJP-SAD government in Punjab for ignoring his development works, stands exposed as his detractors now question his dedication to the constituency. Sidhu is already in the eye of storms for ignoring the constituency and staying away from Amritsar for long.His wife Navjot Kaur Sidhu, an MLA and chief parliamentary secretary in Badal government had also targeted their own government for scuttling their development works.

But the new data released show how serious is Sidhu couple for the welfare of their constituents.The data confirms that all MPs in Punjab were sanctioned Rs. 247 crore in total from 2009-2013, that is 19 crore to each of total 13 MPs, for carrying out development works in the area. While the city of Amritsar and surrounding areas are crying for development, Sidhu failed to utilize the funds even as the Lok Sabha term is coming to an end, leaving the funds to lapse.Lok Sabha MP from Patiala Parneet Kaur, who is wife of former Punjab CM Capt Amarinder Singh utilized the maximum funds to the tune of Rs. 16.05 crore while Sidhu made used of the minimum funds.
Notably, none of the Punjab MPs were able to made use of 100% funds of the cumulative total from 2009 to 2013.“Sidhu is the poorest performer in utilizing development funds’’, stated opposition Congress’s senior leader saying that Sidhu had been shedding crocodile tears on development while the data shows how serious he was to the welfare of his constituency. After this revelation, Sidhu who had been blamed for ignoring voters for long he did not visit even one village after getting elected, has come under severe criticism for his non-serious attitude to the development.
The critics say he spend time on TV shows and Cricket commentary ignoring his constituency. The datas available from the government department showed that Fatehgarh Sahib MP Sukdev Singh Libra has also spent only 9.67 crore for the development of his constituency. Sangrur MP Vijay Inder Singla spent only 9.94 crore from the MPLAD funds for the development of his constituency.Mohinder Singh Kaypee from Jalandhar parliamentary constituency spent 10.59 crore while Union Information and broadcasting minister Manish Tewari spent 11.36 crore on Ludhiana and state Congress chief Partap Singh Bajwa spent 11.01 crore for his his Lok Sabha constituency Gurdaspur.