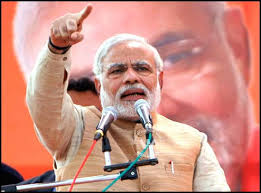 Speaking to this reporter, a veteran CPI(M) leader who decided not to participate in Party Congress, said: “Our party strategists are missing the important points like Bolshevik-influenced (post-Independence) Congress leadership (they believe nothing beyond dynasty), the real killer of Leftism in India economic reforms-triggered change in middle-class which used to supply leaders for Left and after Modi’s second dose of reforms they face challenge to keep themselves politically attractive so that they can remain relevant with large section of people who will not get any socio-economic benefits of reforms.

“But sadly party strategists came up with consolidation of Left parties which is quite relevant, but not enough. We need to take up the issues of neo-FDI-friendly men who chose labour reforms to end Inspector Raj!’’

Interestingly, when CPI(M) general secretary Prakash  Karat was recently in Kolkata as he opened up before reporters he appeared  both weak and less aggressive “before Modi’s shrewdly laid out plan for reforms,’’ said a top political commentator who isn’t any political apologist!

Even party insiders in all major Left parties, CPI, RSP, Forward Bloc, believe “a confused CPI(M) has failed to come up with any major  alternative economic policy, instead only concentrating on superficial issues,’ Left observers here believe.