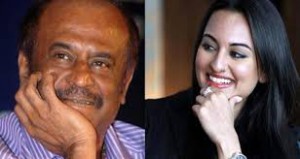 Lingaa has virtually signalled Tamil super star Rajnikanth’s spectacular comeback to Tollywood as producers and film financiers walked the razors edge a couple of years ago when he was taken critically ill. Aspiration were riding high on the multi crore star with many projects on the anvil and his ill health cast a pall of gloom over the industry
Lingaa made by Rockline Venkatesh and directed by box office guru of Tamil cinema KS Ravi Kumar opened to worldwide audience on a whopping 2,000 screens including more than 200 in the United States. According to industry estimates the bi-lingual Tamil/Telugu has made over Rs 40 crores on the first two days and was well marching towards the Rs 100 crore mark for the first week run. Though there were reports from the distributors that collections were not as expected, they admitted it was due to half yearly exams of schools in the state particularly Chennai and that trend would pick up in X Mas holidays.
Gregarious fans in the USA particularly in California had Lingaa released on all screens in a multiplex displacing Ridley Scott’s Exodus and Christopher Nolan’s Interstellar, the box office hits of Hollywood. Unconfirmed reports indicated that Lingaa made more money on the 1st day of its run than even Hunger Games 2. Rajni is popular in North America, South East Asia with ethnic populations next only to Jackie Chan. Most popular in Japan and Hong Kong.
Back at home, particularly Tamil Nadu, nearly 1,000 screens put up more than 10,000 shows to satiate the audience hunger for a Rajni pot boiler. Mayajaal, a popular gaming resort, had 90 shows a day going showing only Lingaa. Most city theatres in the city of Chennai did the same.
When Lingaa bookings opened on line last Tuesday, the internet crashed in Chennai and bookings became a nightmare for the die-hard Rajni fans as millions logged on to grab the 1st day 1st show tickets. This author had to get his relatives in the USA to book online his tickets for the weekend in a leading Chennai multiplex
Rajnikanth, a maharashtrian by origin nee Shivaji Rao Gaikwad, made Chennai his home after kicking up his job as a bus conductor in Bengaluru to seek a channel for his acting abilities. Rest of course is history, over a 40 year period , the 64 year old actor has become a phenomenon in the film industry meaning different things for different people – a man who can make cash boxes jingle for film producers and financiers and mass entertainment for an audience cutting across age barriers with his unique mannered and manicured acting styles and special gyrating body language topped by a unique dialogue delivery punctuated with Rajni isms on life at large
What makes Linga is unique is not the film itself but the sheer presence of Rajnikanth making a big comeback from his critical illness a couple of years ago doing all of the above to bated breaths from an undying audience. The film has a hackneyed plot with two parts one in the current and another flashback period film of pre independence British Raj where Rajni appears with Sonakshi and in modern day with Anushka Shetty.
The story goes that Rajni was disappointed after daughter Soundarya’s motion capture animated Kochhadiyan starring him and Deepika Padhukone bombed at the box office and he needed something to erase this off the slate of a super star who has never failed at the box office. He needed to give something to his die hard fans whose moral dipped after Kochadiyan.
Rajni publicly admitted it was a mistake that would never recur. Kochadiyan also bled millions for its makers which included home production cos of the super star himself. It was then he approached ace director KS Ravi Kumar to make a block buster that would signal his return on condition that the film be made within a tight timeline of six months, and have his trusted box office team who deliver – Rathinavelu as Cinematographer, Sabu Cyril as Art Director, AR Rahman as Music Director and Vairamuthu as the song writer.
The movie was to be released on his 65th birthday on December 12. There were anxious moments when the producer Venkatesh was taken to court and even Rajni was named in the writ petition by two producers independently. Producer Ravi Rathinam had alleged then that the storyline of “Lingaa” was same as that of his 2013 movie “Mullai Vanam 999”. Another  civil suit by M/s Balaji Studios Private Limited, which claimed that the storyline of ‘Linga’ was in line with that of Telugu film ‘Indra’ starring super star Chiranjeevi and that a tamil version was on the anvil but Lingaa usurped it.
The Madras high court declined to stay the films release and rest his history.