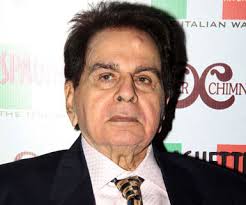 MUMBAI : Legendary actor Dilip Kumar’s condition, who was admitted in Lilavati hospital last night due to chest infection, is stable now.The veteran actor was hospitalised on Saturday night after he complained of cough and cold.
“Dilip saab is fine. He is stable and recovering. He is in a normal room and not in ICU,” a family source said today.
He has been under observation for routine check-ups, sources said.When contacted, hospital spokesman said the veteran actor was admitted with chest infection yesterday, and is stable and recovering.He had been earlier hospitalised in September last year after he suffered a silent heart attack.
Kumar, known as the ‘King of Tragedy’, essayed iconic roles in classics like ‘Devdas’, ‘Madhumati’, ‘Mughal-e-Azam’ and ‘Ganga Jamuna’.
He was the first to receive Filmfare Best Actor honour when the awards were started in 1954 and, with eight wins, he shares with Shah Rukh Khan the record for the most number of Filmfare awards won in that category.
Kumar was honoured with the Padma Bhushan in 1991 and the Dadasaheb Phalke Award in 1994 for his outstanding contribution to Indian cinema.