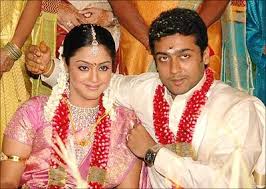 CHENNAI : J Jayalalithaa has been sentenced to four years in jail for corruption during her first term as Chief Minister of Tamil Nadu. A court on Tuesday will hear her appeal against that verdict, which truncated her third term as Tamil Nadu’s highest elected official.
The Bangalore court that convicted her- the case was transferred from Tamil Nadu to Karnataka to ensure it would be free of the politics of her home state – ruled that Jayalalithaa, 66, spent three crores on the wedding of her foster son in 1995. The politician’s lawyers had argued that the lavish wedding had been billed to the bride’s family. The judge disagreed.
The full-fat expenditure on the wedding was presented by the prosecution as evidence that Jayalalithaa had illicitly acquired vast amounts of money while in office. The judge said that the politician had collected assets worth 53 crores that could not be explained by her declared sources of income.
Along with Jayalalithaa, three of her aides were convicted, including live-in friend Sasikala Natarajan. It was Mrs Natarajan’s newphew, VN Sudhakaran, whose Chennai marriage aggregated more than 40,000 guests who were provided hotel accommodation, a retinue of chefs and elephants brought in from Kerala. Jayalalithaa has been estranged from Mr Sudhakaran since 1996.
“It is established in evidence that huge amount was spent towards the printing of invitations, publication of thanks indailies, ‘tamboolam’ and valuable presents given to the guests, all of which would certainly entail an expense of more than Rs. three crores even by modest and conservative estimation,” said Judge John Michael D’ Cunha in his order.
The judge said that witnesses had clearly testified that VIPs who attended the marriage were hosted in hotels which were paid by Jayalalithaa.”All these circumstances falsify the contention of the accused that the marriage expenses were met by the family of the bride,” he said.