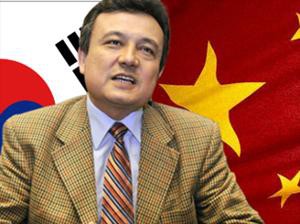 NEW DELHI: India has withdrawn visa granted to a Chinese dissident leader after Beijing protested the move, calling him a terrorist.
Dolkun Isa, an Uyghur activist, was granted a tourist visa to travel to India this week for a democracy conference in Dharamsala, which the Dalai Lama was also expected to attend.
Mr Isa, who lives in exile in Germany, told to a tv Channel that “I express my disappointment on Indian authorities’ cancellation of my visa.”
He said: “I recognize and understand the difficult position that the Indian government found itself, and regrets that my trip has generated such unwarranted controversy.”Government sources say the dissident leader’s visa was cancelled after India learnt that he had an Interpol red corner notice against him.
China had referred to the Interpol notice against Mr Isa and said bringing him to justice was a “due obligation of relevant countries.”
Dolkun Isa’s visa came after China repeatedly justified its decision to veto a proposal by India at UN to designate Jaish e Mohammad Chief Masood Azhar a terrorist.
New Delhi’s turnabout has raised questions about pressure from China.Dolkun Isa is a Germany-based Uyghur activist. China accuses him of terror activities in the remote Xinjiang region where there is frequent violence between the local Uyghur population and government forces.
Mr Isa says despite the Red Corner Notice against him he has travelled freely to other democratic countries like the US and Japan.He had last week written to the Indian mission asking for a guarantee that he will not be arrested in India. Government sources said: “India has to honour Interpol rules. Isa would’ve been arrested if he had come to India.”