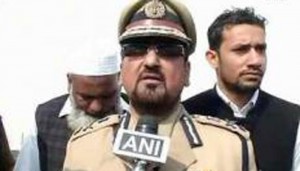 DEHRADUN: Uttarakhand Director General of Police (DGP) BS Sidhu on Tuesday said that a high alert has been sounded after police had received inputs on the movement of some suspects in Dehradun on the occasion of Republic Day.
“On this occasion, we don’t want to take any chances with the security arrangement in the state. We had inputs of movement of some suspects in the state, have issued an alert. We have also circulated an image of a suspect,” Sidhu told News Agency ANI here.

“We don’t think that Uttarakhand is a soft target as the police is on high alert and efficient. We believe that ‘One should hope for the best but be prepared for the worse’,” he added.A high alert has been declared and police teams instructed to remain on their toes after a suspicious man was spotted in Dehradun.
The image of a suspect has been made by the police and people have been asked to contact the police if they spotted the person.The Local Intelligence Unit and the police teams are searching the ‘suspicious’ man.