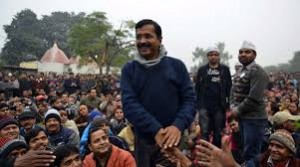 NEW DELHI : The ruling Aam Aadmi Party in Delhi has announced a mega-reward for defaulters on power bills. Those who did not pay for electricity between October 2012 and April 2013 will owe only half of what they were billed. The government will supply the six crores to cover that massive discount.
The announcement was made today by senior AAP leader Manish Sisodia, who said that Delhi residents who supported the party’s campaign against allegedly inflated power prices, would be given 50% subsidy and would be charged no penalty.
Mr Sisodia, a minister, said that households who did pay their bills during this period will not be refunded.
In October 2012, AAP urged residents of Delhi to state in writing that they would not pay their water and power bills to protest against over-priced utilities. 10 lakh people signed the petition; 24,000 defaulted on their bills.
AAP, headed by Arvind Kejriwal who is now Chief Minister, promised to combat corruption and make power and water cheaper in its campaign for the Delhi election. Mr Kejriwal, tailed by cameras, visited some homes where the power supply had been disconnected because of overdue payments and restored the connection.
In December, AAP made a dream debut in the Delhi state election, pushing the ruling Congress out of office.
Within days of taking office, Mr Kejriwal halved the prices of power.
He has targeted two power-distribution companies, both backed by Anil Ambani’s Reliance Infra Group, demanding that their licenses be cancelled. The firms have said a cash crunch has left them unable to purchase power from state-run electricity producers; they had warned of long blackouts.
Earlier this week, the Supreme Court said both firms must continue to receive electricity from government-owned firms till March 26.