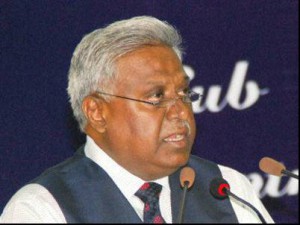 NEW DELHI : The media is free to publish a list of visitors to the home of CBI chief Ranjit Sinha, the Supreme Court ruled today, rejecting his appeal to keep the record private. However, judges urged the media “to behave responsibly.” “All allegations levelled against me are patently false,” Mr Sinha told the top court, which will review the controversial visitors’ diary on Monday.

Earlier this week, lawyer-activist Prashant Bhushan told the Supreme Court that Mr Sinha’s conferrals at his residence with executives from Reliance Telecom prove that he is trying to thwart his agency’s investigation against the company which is accused of criminal conspiracy in the telecom scam. In support of his claim, Mr Bhushan furnished a list of people allegedly maintained by security guards to document house visits to Mr Sinha in recent months.
“I have met officials of Reliance but have I shown favour to anyone?” Mr Sinha told Reporters on Wednesday, adding that those meetings took place “once or twice” at an office at his home, and not 50 times as alleged by a recent media report. Reliance Telecom, owned by Anil Ambani, is among the companies accused of paying kickbacks to former Telecom Minister A Raja to get out-of-turn mobile network licenses in 2008.
Some of its top executives were jailed along with Mr Raja. All the accused have denied wrongdoing, are on bail, and are being tried on criminal charges. Mr Bhushan claims that Mr Sinha in recent months tried to change the CBI’s arguments in court in an effort to let Reliance Telecom off the hook. The CBI in court has said that the company used another firm called Swan Telecom as a proxy to acquire more mobile network licenses than legally permitted. The CBI chief allegedly tried unsuccessfully to change the CBI’s stand and state that Swan, which was partly owned by Reliance, was sold before it was given licenses by Mr Raja and therefore, no law was broken.