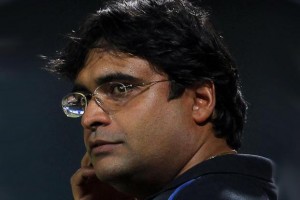 NEW DELHI :Gurunath Meiyappan, whose father-in-law N. Srinivasan heads cricket’s most powerful body in India, has been indicted for illegal betting in last year’s Indian Premier League. A report on a whorl of malpractices, including spot-fixing and betting, was submitted today to the Supreme Court by retired judge Mukul Mudgal, who headed a three-member probe panel appointed by the apex court in October last year. Mudgal was appointed to study the scandal after an internal inquiry ordered by the BCCI cleared Meiyappan and Rajasthan Royals owner Raj Kundra of charges and was challenged by the secretary of the Cricket Association of Bihar, Aditya Mehta.
Justice Mudgal’s report says allegations of betting against Meiyappan stand proven. Meiyappan was accused of  passing information to bookies and placing bets on the IPL. Meiyappan was a team principal of two-time IPL champions CSK, which is owned by Srinivasan, a man who has headed the BCCI since 2011. The Mudgal report will come as a major embarrassment to Srinivasan, who in September last year won a year’s extension as Board chief. On Saturday, Srinivasan was elected the first chairman of the ICC in its new avatar. Come July, Srinivasan is set to take charge of the newly formed ICC Executive Committee.
Mudgal’s report also says that the roles of Bollywood actor ShilpaShetty and her husband Kundra should be investigated further. The couple co-owns Rajasthan Royals. The Supreme Court will examine the report again on March 7.
Jutice Mudgal has also emphasized that several stake-holders raised concerns about a conflict of interest for Srinivasan, who heads the BCCI and owns an IPL team. Mudgal said in his 170-page report he is withholding his own opinion on the issue because he had not been asked by the Supreme Court to study this aspect.
In May last year, three cricketers including Test bowler S. Sreesanth were arrested for alleged spot-fixing.  The cricketers have denied any wrongdoing, and have been granted bail.  The Delhi police accused the trio, who all played for the Rajasthan Royals of taking money to concede a pre-determined number of runs in three different IPL matches. BCCI has banned Sreesanth for life. Meiyappan was arrested in May last year and granted bail after two weeks. 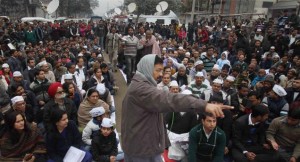 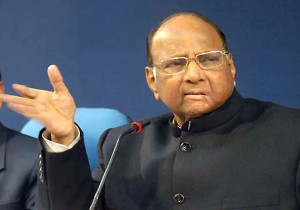