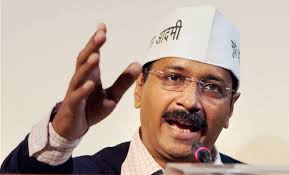 BANGALORE : As it seeks to gain a toehold in Karnataka, Aam Aadmi Party is scheduled to hold fund raising dinner during party chief Arvind Kejriwal’s two-day visit to the city towards the weekend. The event is being co-ordinated by former Infosys Board Member and party’s prospective candidate from Bangalore Central, V Balakrishnan, who quit the company before his political debut through AAP.
Aiming big, AAP has announced its decision to contest all the 28 Lok Sabha seats in Karnataka, where the battle is clearly between the ruling Congress and BJP, which also face a tough fight from JDS in its strongholds in the Gowda belt.
“What I can confirm is- a dinner has been scheduled for March 15 in the city with an intention to raise fund for the party, Balakrishnan is kind of coordinating this event,” AAP Karnataka Media Coordinator Rohit Ranjan said. He said “invitees from all walks of life like corporates, people from film field… are expected to attend the dinner and donate to the cause for which our party stands.”
Asked about reports that fund-raiser dinner is at Rs. 20,000 per person, Ranjan said, “modalities of this event are being worked out and it will be premature to comment about it; we are working on the modalities still.”
Mr Kejriwal, who will be in Mangalore from March 15, is scheduled to hold a roadshow in and around Bangalore on day one, followed by a public rally on March 16.Karnataka is among the top four states in terms of offering donation to AAP.
According to AAP data, Rs. 76.68 lakh was donated from Karnataka, making it the fourth highest after Delhi, Uttar Pradesh and Maharashtra. Meanwhile, AAP sources also indicated that Balakrishnan is likely to be the party’s candidate from Bangalore Central Lok Sabha constituency against the incumbent P C Mohan of the BJP.Congress is yet to announce its candidate.
“Yes there are serious talks within the party circles to field him from Bangalore Central Lok Sabha constituency, list may get announced in a day or two,” a senior party functionary in Bangalore said.”He is more likely to be fielded from the Bangalore Central,” he added.
Balakrishnan, ex-Infosys Board Member and CFO had quit IT giant on December 31 and joined Aam Admi Party on January 1.
Another ex-Infosyian set to jump into the poll fray from the city is, Unique Identification Authority of India Chairman Nandan Nilekani, to take on BJP leader Ananth Kumar from Bangalore South who has held the seat for five terms.
Mr Nilekani, a co-founder of the IT bellwether who had demitted office as Infosys CEO in 2007, is already into campaigning much before joining the Congress.
With the IT czar’s formal entry into Congress happening just less than six weeks before Karnataka goes to polls in a single phase on April 17, it would be a herculean task for him to reach out to 20 lakh plus voters in a constituency known for its antipathy towards Congress since 1970s.
Former Chief Minister R Gundu Rao was the last Congress candidate to win from Bangalore South in 1989.