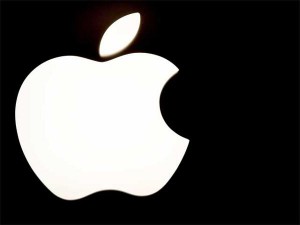 Apple, though a dominant player in many global geographies, is still pushing barely 2 percent of the Indian smartphone market share.
With four out out every five phones sold in the country costing under Rs 10,000, Apple continues to face an uphill battle as it vies for a greater chunk of the second largest smartphone markets on the planet (following China.)
To address this challenge, Apple has been for a couple of years now trying to seek permission for importing used iPhones and selling these to Indian consumers.
While this approach could certainly make cheaper iPhones available to potentially greater audiences, the move has been met with fierce opposition from smartphone industry executives of the likes of Samsung, Micromax and Intex.

These companies, clearly preempting the prospect of Apple filling the market in such a big way, they have as part of the recently-formulated India’s Consumer Electronics and Appliances Manufacturers Association (CEAMA) appealed to the government to disallow such a move from Apple.

Among the biggest gripes are the facts that such a move would open a torrent of environmental and e-waste concerns, while simultaneously going against Prime Minister Narendra Modi’s Make in India program that encourages local manufacturing.

“Why even consider allowing import of used phones when import of other used goods such as cars are precluded by 300 percent duty levies?” queries Ravinder Zutshi, chairman of this new association.
According to Bloomberg, a similar appeal was made by Apple back in 2015, which was refused by the Indian government at the time.
But Apple is clearly on a warpath to increase its sales in India, with rumors even of the company filing with the government to open their first retail store in the country.
In November last year, Apple also slashed the prices of their iPhone 6S and 6S Plus flagship phones by up to 16 percent as part of a buyback scheme, following dismal sales performance.