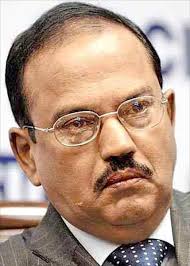 Doval, who had rather a long meeting with Banerjee today learnt to have offered all investigating and security help to a beleaguered Chief Minister which is understood to have carried Modi’s message to Banerjee.

And after the meeting one of National Investigation Agency official greeted meeting as success.

The perspective and implications were understood to have leaned heavily on pro-Pakistani Jammat’s “plan of violent sabotage to Hasina Government in Bangladesh and their plan to strike Indian cities was played down,’’ noted a former Bengal CID official.

“If they planned strikes at Awami League, they wouldn’t have had a plan of milk and honey for their roadmap on Indian agenda,’’ he quipped.

“BJP-led Government was trying to fudge failure of central agencies both at India-Nepal and –Bangladesh border which was actually perpetrated from the days of Congress-led UPA-I and UPA-II and for a month or so under NDA regime they continued with as Mamata Banerjee dragged Bengal into anarchy,’’ the former official said.

Interestingly, liberals and a section of Awami League in Dhaka earlier echoed the former Bengal officer, saying, “India Government must try to know what top intelligence officials in Dhaka knew about such a massive gathering of Jammat in Burdawn.’’

Thus Doval-Banerjee meeting may have Modi’s blessings but “truth has been Jammat with collaboration with their Indian counterparts had equally dreadful design on Indian cities with the help of global ones,’’ noted another Defense Expert.