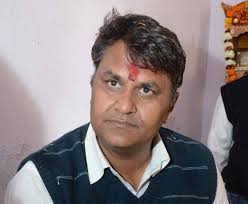 NEW DELHI : Aam Aadmi Party legislator Vinod Kumar Binny today fired many allegations against his party and its chief Arvind Kejriwal, accusing them of “lying to” and “cheating” the people of Delhi by backtracking on election promises and deviating from core principles.
“He who has lied should resign from his position, be it Arvind Kejriwal or I,” Mr Binny said this morning, adding, “There is a difference between what AAP says and does.”
But troubled as he is, Mr Binny isgoo not resigning. After explaining why he has rebelled at a press conference, he listed several demands aimed, he said, at making his party’s government accountable to the people. If these were not met, he would begin a hunger strike on January 27, at the capital’s Jantar Mantar, the site of many such demonstrations by Mr Kejriwal and co.
“AAP was born not to make someone CM or MLA. It was launched to serve the people,” Mr Binny said, alleging that the party was now “enjoying the perks of power.”
The former Congressman has found fault with Mr Kejriwal’s implementation of his promises on water and electricity; he has slammed the Delhi government for refusing to comment on the gang-rape of a Danish national in Delhi on Tuesday, and has accused the Chief Minister and his cabinet of going back on their word that they would not use government perks like cars and big houses.
Mr Binny also criticised the party’s functioning.  “This party works on the principle that Arvind Kejriwal’s word must prevail,” he alleged.
Mr Kejriwal has dismissed Mr Binny’s revolt as disgruntlement because he has been denied a ticket to contest the national election, due by May. “First he came for a ministerial post, we refused. Then he came for a Lok Sabha seat. We have decided that no MLA will contest the Lok Sabha polls. If anyone wants to leave the party, they can,” he said.
Mr Binny has vehemently denied this. He said AAP had “used” his name and ideas to win in Delhi.