PITTSBURGH: An international group aimed at advancing achievement for women in film and television is bringing its biannual summit to Pittsburgh for the first time. 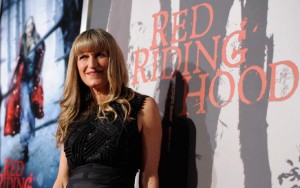 The Women in Film and Television International 2014 Summit will be May 16 to 18 at the Westin Convention Center Hotel. The event will bring together women and men from more than 40 chapters worldwide.
Faith Dickinson, founder of the Pittsburgh chapter of Women in Film and Media, says the summit helps industry insiders stay connected and informed about issues affecting their field regardless of where they live.
“You’ll see how everything works in New York and L.A.,” she says. “People on the panel discussions are the best of the best. They are getting TV shows on air. It’s such an education for people interested in what’s happening right now.”
The event will feature 40 speakers, 30 panel discussions and the Opal Awards honoring women in film and television for exemplary professional achievement as well as their contribution to the economic and cultural development of the region.
This year’s recipients are Catherine Hardwicke, director of “Twilight”; Deborah L. Acklin, president and chief executive officer of WQED Multimedia; television icon Eleanor Schano; and Dawn Keezer, director of the Pittsburgh Film Office.
Other speakers include Kim Moses, executive producer of “Ghost Whisperer”; Gigi Durham, author of “The Lolita Effect”; Rosemary M. Tarquinio, vice president of current programming at CBS; Steve Hoover and Danny Yourd, producers of “Blood Brother,” which won the Sundance 2013 Grand Jury Prize and Audience Award; Martin Savidge of CNN and Tom Savini, special effects wizard and actor. Organizers expect about 150 people to attend.
Lisa Smith-Reed, chief operating officer at the Steeltown Entertainment Project, an agency dedicated to forging a vibrant entertainment industry in Western Pennsylvania, calls the summit an “inspiring couple of days.”
“At the event in Washington, D.C., two years ago, I met men and women doing the coolest projects,” she says. “There is never an end to learning. Everything is constantly changing.”
As women continue to combat lower pay rates and lack of diversity in the entertainment industry, Smith-Reed says, it’s more important than ever for them to unite.“There is strength in numbers,” she says. “We need to get together and say, ‘Enough.’ ”
The event’s Pittsburgh debut comes at the perfect time, Smith-Reed says, as the city has emerged as an ideal filming location and continues to attract big-budget projects.“It’s really fortuitous,” says Smith-Reed, whose work took her to the West Coast for years before her return. “I’m thrilled to be back here.”The summit is open to men and women, and organizers encourage all to attend.

“Whether you’re a man or a woman, come for one of the days or all of them,” Smith-Reed says. “Meeting people from different places is such a valuable thing.”