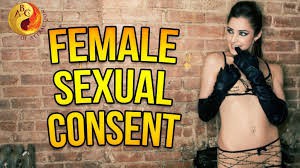 NEW DELHI: A woman’s consent taken on the basis of deception and misconception is “no consent” in the eyes of law and the physical relations established between her and a man amounts to rape, a Delhi court has said.
The court, while holding a man guilty of raping a woman, said the consent given by the victim for cohabitation was not voluntary as the convict had falsely made her believe that he was unmarried and would marry her after she obtains divorce from her husband.

“The consent given by the prosecutrix to cohabitation with the accused can, by no means, said to be voluntary. It is clearly hit by section 90 (consent known to be given under fear or misconception) of the IPC and the said consent is no consent in the eyes of law as the same was obtained by the accused by practising deception and misconception.
Therefore, acts of physical relations between the accused and prosecutrix tantamount to offence of rape as defined under section 375 of IPC. The accused is guilty of the offence of rape,”Additional Sessions Judge Virender Bhat said.
The court said prosecution has been able to prove that Uttar Pradesh resident Naim Ahamed had deceived the woman causing her to falsely believe that he would marry her after she obtains divorce from her husband. She was thus made to cohabit with him whereas he had no intention to marry her as he was already happily married, it said. The court would pronounce its order on sentence later this week.
According to the prosecution, the woman alleged that Naim, who was staying near her house, had befriended her six years ago and had concealed his marital status. The alleged that he persuaded her to divorce her husband, with whom she had three kids, and after assuring to marry her, he started having physical relations with her.

When she got pregnant, he reiterating that he would marry her after she gives birth to their child but when she divorced her husband, Naim started ignoring her and later went missing. In 2012, when she went to his native place in his search, she got to know that the man was already married and had kids.
Police said the woman was illiterate and had no means to maintain herself as well as the minor child and took shelter in a government shelter home. Feeling cheated and exploited, she lodged a complaint at Bindapur Police Station in south west Delhi this February. During trial, Naim had denied the allegations.