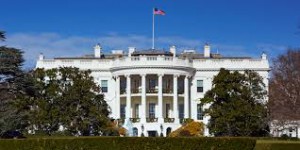 NEW YORK: The United States is ramping up security across the country and urging people to stay alert over the Independence Day holiday weekend over fears of a terrorist threat.
The Federal Bureau of Investigation, Department of Homeland Security and National Counterterrorism Center have all warned of an increased risk of attacks during the long Fourth of July weekend.

New York State is ratcheting up its monitoring of celebrations and events on Saturday, expected to draw large crowds to America`s biggest city.”We are keenly aware that New York State remains a top target for terrorists,” Governor Andrew Cuomo said.

“As we celebrate with family and friends this Independence Day, I urge all New Yorkers to not only remember the freedoms that we hold dear, but also remain cautious of their surroundings and learn to recognize and report suspicious activity.”
Other major cities, including the capital Washington, were also on heightened guard, although there were not thought to be any specific threats.”Our nation is under threat, our law enforcement, our military are under threat, so we take the threat seriously,” ABC News quoted US Park Police Chief Robert MacLean as saying.

In Boston, scene of an attack on the city`s marathon in 2013 that killed three and left scores wounded, police said security would be high.”We`re just stepping it up to make sure it can be as safe as possible,” Boston Police Commissioner William Evans told The Boston Globe.
A lone-wolf attack would be the “worst nightmare,” he said, adding police were not aware of any specific threats.US authorities will also be on their guard abroad.
The State Department had “reminded our posts to review their security posture and procedures,” spokesman John Kirby said in a statement.”The reminder issued by the State Department is routine, done before all major holidays, and is not indicative of any specific security threat,” he added.