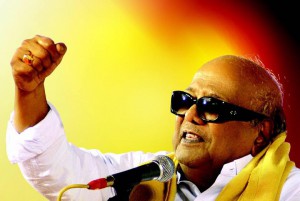 CHENNAI: In Tamil Nadu, alliance partners DMK and Congress have come to a conclusion on the 41 specific constituencies for the Congress to contest in the forthcoming Assembly elections. DMK has also given four seats to the Puthiya Tamilagam party ahead of the polls on the 16th of next month.
It is customary for most of the political parties in the state to decide on the number of seats to contest in the elections first, and then decide on the specific constituencies.
Both the tasks sometimes used to be herculean, though the DMK and Congress have successfully concluded their talks on the constituency identification.
Most of the seats the Congress contested last time have been allotted to it this time as well. Meanwhile, the ruling AIADMK has tinkered with its list of contestants for the fifth time since its release on Monday with minor reshuffle in two seats.
The DMDK-PWF constituents are also busy giving shape to their combined list which is expected to be released by April 10th.