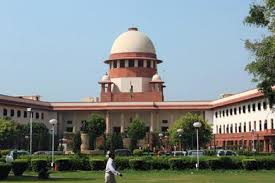 NEW DELHI : The Supreme Court has commuted the sentences of 15 death row convicts, ruling that delays in their execution were grounds to change their sentences to life imprisonment.
Today’s verdict was based on an appeal by four members of the gang led by notorious sandalwood smuggler Veerappan. They filed their mercy petition in 2004 and nine years later, their appeal was rejected.
“Inordinate and unreasonable delay attribute to torture. Whether the convict is a terrorist or an ordinary criminal, delay is a ground for commutation of death sentence,” read a ruling from the court, which accepted that prolonged imprisonment of a convict awaiting execution amounts to cruelty and violates the fundamental right to life under Article 21 of the Constitution.
Appeals to the President of India are the last legal obstacle between prisoners on death row and the hangman.
Today’s verdict is also likely to impact the case of three men from Tamil Nadu convicted for their roles in the assassination of former Prime Minister Rajiv Gandhi. Their mercy plea was filed 11 years ago with the President’s office, but was rejected in 2011. The president’s powers in deciding clemency petitions are limited.
The recommendation of the home ministry can be returned for reconsideration – but only once, after which the president is constitutionally obliged to follow the ministry’s lead.
However, there is no set time limit for providing the presidential signature, leaving room for endless delays.
The court today ruled that a prisoner must be executed within 14 days of a clemency appeal being rejected.  It also found that mental illness and solitary confinement could be reasons for commuting sentences.
That aspect of the judgement could help Devinderpal Singh Bhullar, convicted of triggering a bomb blast in Delhi in 1993 and killing nine people. His family has said he is mentally ill. His mercy petition was rejected by the President in May 2011. Last year, a Supreme Court bench also rejected his plea for mercy, after which he filed another petition for a review.