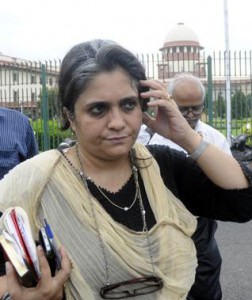 NEW DELHI: Remarking that “personal liberty cannot be put in the ventilator”, the Supreme Court on Thursday reserved its judgment on a plea for anticipatory bail by activist Teesta Setalvad and her husband Javed Anand in the Gulbarg society embezzlement case, while continuing with its interim stay on her arrest.

“Give me liberty or give me death. Personal liberty is paramount. No one will barter his or her liberty for all the teas in China, for all the pearls in the sea and for all the stars in the sky,” Justice Dipak Misra, who led the bench also comprising Justice A.K. Goel, conveyed to Gujarat police the importance of what Ms. Setalvad is seeking from the highest court.
Arguments started with senior advocate Kapil Sibal appearing for Ms. Setalvad saying that no citizen or State is above the law.He said that the Gujarat government “cannot take upon itself the task of persecuting someone who has criticised the State for its actions”. He said that this is the seventh instance when the State lodged an FIR against her. The former six, the SC had protected her liberty, Mr. Sibal submitted.
Mr. Sibal challenged the Gujarat government to point to one entry in the 11,000 pages of documents submitted in court that showed that Ms. Setalvad had routed money collected from foreign donors inthe names of the 2002 riot victims for her personal expenses.He branded the state’s enquiry as “roving”.
Justice Misra asked Gujarat counsel Mahesh Jethmalani whether “this is a case in which personal liberty should be taken away… it may be a case in which there may be irregularities in accounts. But what is there to warrant a personal interrogation?”
Mr. Jethmalani appearing for the Gujarat government denied any malafide on the part of the State. He said the police had received complaints received from 12 Gulbarg residents on March 12, 2013 and launched a preliminary enquiry into the allegations.”We did not harass anybody,” Mr. Jethmalani submitted.
He accused Ms. Setalvad of “rank non co-operation and tampering with witnesses”. Here Mr. Sibal rose to challenge him : “Show it. Prove it.”
Mr. Jethmalani read out the riot victims’ complaint, in whcih he quoted how they were “fed up of her false promises” to build a memorial for Gulbarg victims and buy their houses at a fair value. The senior counsel said setalvad’s trust collected over Rs. 8 crore through donations despite their protests to stop.
He said how when the pressure from the victims peaked, Ms Setalvad had told them that the money collected for the museum was not enough and the victims could sell their houses on their own.”You say you are a trustee acting for the victims but when the shoe is on the other foot, you turn tail,” Mr. Jethmalani submitted.
He further accused Ms Setalvad of “arrogance” shown to the investigating agency.
To this, Justice Misra asked whether Ms. Setalvad had not come on any day she was summoned by the police. Here, Mr. Jethmalani replied that she was called twice and she had come on both occasions. “But she had stock answers for all our questions, ” the senior counsel added.”There may be basically a mismanagement of accounts,” Justice Misra orally observed.
Justice Misra further observed that stalvad is obliged under law to provide all documents to the probe agency and merely to secure these records her personal liberty need not be taken away.”You don’t act smart. Produce all the documents,” Justice Misra turned to Mr. Sibal.
Mr. Sibal agreed to produce documents relevant, but submitted that the police should not use this FIR into an enquiry “into everything” about Setalvad’s Trust.The hearing concluded with a short order from the bench extending its protection from arrest. 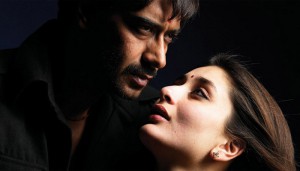 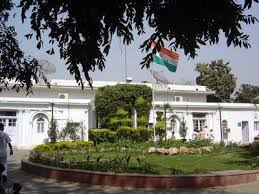 Next post Govt.issues notice to Congress to vacate 24, Akbar Road