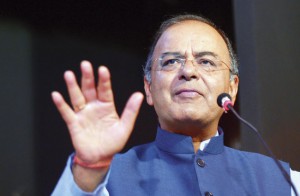 He further added, “Incidents of intolerance are condemnable. In democracy there could be differences, but restraint should be exercised and vandalism should be criticised. No place for violence in democracy.”
“In large country like India there may be divergent views, but we have had a tradition of civility in conveying those different opinions. Some of these issues are extremely serious, some can reflect on inter-community relations, others can reflect on sensitive areas such as J&K. Therefore, there has to be a proper civilised mode of discussing and debating these issues,” he said.
Jaitley also confirmed that party chief Amit Shah had indeed met with several party MPs asking them not to make any controversial statements.
“I don’t think anybody in the BJP has resorted to these methods(vandalism). Few made statements on sensitive issues. But party president (Amit Shah) has very strongly taken it up with them,” he said.
A day ago, Shiv Sena attacked BCCI office, while last week smeared ink on BJP ideologue Sudheendra Kulkarni, for hosting the book launch of ex-Pakistan Foreign minister Khurshid Kasuri.

President Pranab Mukherjee had on Monday expressed apprehension whether tolerance and acceptance of dissent are on the wane and said that humanism and pluralism should not be abandoned under any circumstances.