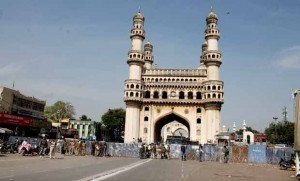 NEW DELHI : With the Telangana statehood bill reaching Parliament for a final nod, Congress faces the tough task of reining in its rebellious Seemandhra MPs who are planning to move a no-confidence motion against the government to stall division of Andhra Pradesh.
MPs opposed to Telangana told  that they would seek to topple the central government and would not let the House function if the no-confidence motion was not accepted. While there are six Congress MPs behind the move, they have claimed support of 80 MPs.
Sources in the ruling camp said the looming threat has raised the possibility of the Centre moving Lok Sabha for expulsion of the anti-Telangana members from the House to push through the statehood bill.
UPA is faced with the task of passing the polarizing Telangana bill in the limited 12 sittings of the last session of Lok Sabha. The hostility of non-Telangana representatives as witnessed in the Andhra assembly would shift to Parliament next week.
Congress general secretary Digvijaya Singh is trying to persuade the hostile members but the ruling camp thinks “strongarm” measures would be required to pass the statehood bill.
The anti-Telangana bloc had moved a no-confidence motion in the winter session of Parliament, triggering panic in the government which first passed the Lokpal bill in the din and then adjourned Parliament sine die.
“Last session, we held back a bit because of Lokpal bill and Anna Hazare. This time, there is no Anna or Lokpal. We will not let the government table the bill,” Congress’s Rajamundhry MP Arun Kumar said.
The uncertainty has raised the threat perception for Congress which embarked on division of AP to woo the voters of Telangana which has 17 Lok Sabha seats. Any failure to persuade its own MPs would land the blame solely at its doorsteps. While it would paint the Congress as villain in the region with statehood aspirations, it has also turned into a pariah in Rayalaseema and Coastal regions where anti-Telangana sentiment reigns.
Congress has to be on the right side of Telangana for 2014 elections because it has nearly withered away in Seemandhra region of Andhra Pradesh. Also, any attempt to strike an alliance with Telangana Rashtra Samithi depends on the success of the statehood bill.
An anxious Congress wants to push through the bill. “The decision to create Telangana was taken after widest consultations with all including BJP, TDP and others. It is Congress’s commitment,”