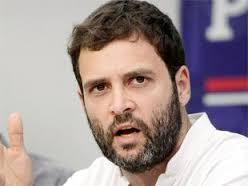 NEW DELHI : Rahul Gandhi the Congress party’s chief campaigner in the national election, is being sharply criticised for skipping his mother Sonia Gandhi’s farewell dinner for Prime Minister Manmohan Singh on Wednesday. Several Congress leaders today tried to defend Mr Gandhi saying he had met the Prime Minister before flying out of town. “Rahul Gandhi met the PM before going abroad, there is no question of an insult,” said the party’s Satyavrat Chaturvedi. But the murmurs that began at the farewell dinner have turned into a torrent of condemnation.
“The whole country knows how the Congress has treated Manmohan Singh. A PM for 10 years, when relinquishing his office, deserves a befitting farewell. Rahul Gandhi should have been there,” said the BJP’s Captain Abhimanyu Singh. “For 10 years you ruled this country, your PM ruled this country, if you could not take out time for his farewell dinner, then how will you take out time for the nation?” questioned Shiv Sena spokesperson Sanjay Raut.
Samajwadi Party leader Naresh Agarwal alleged, “Rahul Gandhi has insulted the PM. He thought of himself, above the country.” On Wednesday at Congress president Sonia Gandhi’s 10, Janpath home, top party leaders presented a signed memento to Dr Singh, 81. As the evening progressed, news that the 43-year-old Mr Gandhi is “out of station” stunned not just journalists, but even many Congress leaders, especially as election results are to be announced on Friday.Mr Gandhi’s office issued a statement: “Rahul Gandhi met the PM on Saturday to say that he won’t be in town. He thanked him already.”
The clarification did nothing to stem the snowballing controversy. Congress ally Omar Abdullah, the Jammu and Kashmir Chief Minister, tweeted, “If you knew he was not attending the dinner AND he’d explained his absence to the PM earlier put out the statement BEFORE the news breaks. (sic)”With exit polls predicting an unprecedented rout for the Congress, Mr Gandhi’s absence raised speculation that he was reluctant to face questions on the party’s performance. On Tuesday, several Congress leaders insisted that Friday’s results would not be a judgement on Rahul, as he was not a part of the government.As the BJP accused the Congress of making the PM a scapegoat, Mrs Gandhi stepped in to stop senior leaders from blaming Dr Singh and had the party issue a formal statement thanking him.