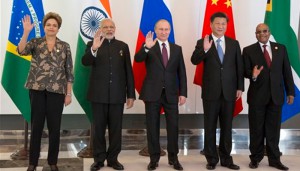 PM Modi further proposed 7-point agenda on climate change and set a target date before 2030 to reduce high costs of transferring remittances.Ministry of External Affairs spokesperson Vikas Swarup took to Twitter to post PM Modi’s proposed points:
“Need to shift from ‘carbon credit’ to ‘green credit’; We must not only reduce fossil fuel use, but also moderate our lifestyle,” PM added while outlining India’s plan of action on climate change.

Vikas Swarup posted PM’s proposal on Twitter which reads as follows: Prime Minister further said that bold economic and governance reforms have helped India achieve 7.5% growth, strong prospects for higher growth in future.
As the two-day Summit began in this Turkish coastal resort town, the US President Barack Obama vowed to stand with France in hunting down the perpetrators of Paris attacks and said, “The killing of innocent people based on a twisted ideology is an attack not just on France, not just on Turkey but it is an attack on the civilised world.”
He also vowed to “redouble” efforts to “eliminate” the ISIS jihadist network, as the gruesome Paris attacks and the war in Syria overshadowed the Summit.
The G20 Summit, which was expected to mainly discuss inclusive economic growth and climate change, was set to adopt a resolution at the end of the two-day meeting tomorrow calling for better coordination and exchange of information to cut off funding and a more comprehensive approach on “addressing the conditions conducive to terrorism.”
Modi also participated in a meeting of BRICS leaders on sidelines of G20 Summit and condemned the dreadful acts of terrorism in Paris.”The entire humanity must stand together as one against terrorism. The need for a united global effort to combat terrorism has never been more urgent. This must also be a priority for BRICS nations,” he said.
The declaration on terror, separate from the main Summit declaration, may seek quicker implementation of the Financial Action Task Force, which involves stopping individuals sending money to groups like Islamic State and tackling the black market for oil that’s key to its funding.
It would also talk about plans to prevent terrorists from exploiting technology, communications and resources to incite terrorism acts, including through the Internet.UN Secretary General Ban Ki-moon said he will soon submit to the UN General Assembly a comprehensive plan to deal with violent extremism and terrorism.

On the sidelines, US President Obama met world leaders including Turkish President Recep Tayyip Erdogan and said the G20 Summit is traditionally a forum to discuss economic issues facing the globe “but the skies have been darked by horrific attacks that took place in Paris just a day and half ago.”
The Summit, which opened today, will still talk about the current state of the global economy, sustainable growth, development and climate change, investment, trade and energy, besides the refugee crisis.
The G20 countries account for 85 per cent of the world economy, 75 per cent of the global trade and two-third of the world’s population.

During the G20 meeting, some world leaders were also expected to voice concern over delay in implementation of the quota reform of the International Monetary Fund (IMF), aimed at giving more voice and voting power to the emerging economies as well as providing a pitch for cutting transaction cost for transferring money from abroad.
China has also pitched for IMF quota reforms and wants the G20 to reform the voting rights at the multilateral lending agency to give emerging economies a larger role.
The G20’s mandate is to foster economic and financial stability and the 2015 Summit agenda refers to “strengthening the global recovery” and enhancing market regulation, energy policy and climate change.
The killing of 129 persons in Paris terror attacks linked to the Islamic State ahead of the Summit has put pressure on global leaders to enhance cooperation in their fight against terrorism.
Most countries, including the US and EU, officially refer to ISIS or Islamic State as ‘Daesh’, while some of them have been even urged to call it “un-Islamic state.”
Erdogan said the Summit will carry on discussions on pre-determined agenda items, but there will be a strong message coming out of the meeting on terror. The issues to be discussed included climate change and refugee crisis, he said.