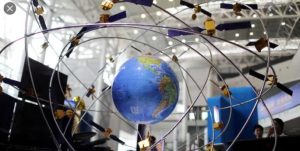 NEW DELHI : Border Security Force (BSF) on Sunday shot down a Pakistan drone hovering able the border area near Amritsar. However, it is not an isolated incident. The Security forces guarding the border in Punjab and Jammu and Kashmir have been witnessing several attempts at infringing on Indian air space in the recent past.

The BSF has shot down 16 drones so far, till December first week. To tackle the drone menace, the security forces have adopted an anti-drone system and in-depth patrolling. The trans-border drone activities are mainly active in Punjab’s Amritsar and Doda, Samba and Kathua in J&K.
In another such incident on November 26, security personnel shot down a China-made Quadcopter DJI Matric 300RTK brand drone coming from Pakistan at Daoke Border Outpost in the Amritsar sector. On November 28, a Hexacopter was shot down in Amritsar (Rural) and it was found to be carrying over 3 kg of narcotics. It is learnt that terror outfits like Pakistan-based Lakshar-e-Taiba and others are being the transportation of drugs, weapons and explosives across International Boundaries. They are backed by ISI.
The security forces have so far seized various AK series rifles, MP4 carbines, pistols, grenades and narcotics from when were transported cross-border through drones. It is also used to drop Afghan heroin for financing terrorist operations in the Valley and Punjab, according to BSF intelligence inputs and J&K police officials.
Recently, the issue was also brought to the notice of Home Minister Amit Shah during a security review meeting in Srinagar. The Ministry of Home Affairs is learnt to have directed officials to find a solution to drone menaces and meanwhile law enforcement forces are tasked to keep a watch on such movements.
(With ANI inputs)