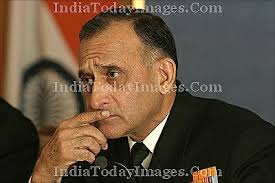 PANAJI : India’s next Kargil could happen in the Andaman and Nicobar Islands, former Indian Navy chief Admiral Arun Prakash has said.
“There is a real threat that poachers, smugglers, narcotics traffickers or terrorist groups could occupy some of the uninhabited islands and create a Kargil-like situation,” Adm. Arun Prakash said Sunday on the concluding day of a two-day workshop on the security of India’s coastline and its islands organised by the Federation of Integrated National Security, an RSS-backed NGO on security affairs.
India was engaged in a bitter border conflict with Pakistan after its troops had occupied the Kargil heights in Jammu and Kashmir in 1999. Adm. Arun Prakash said that the cluster of 573 Bay of Bengal islands threw up security challenges due to their unique location, being closer to Southeast Asia than peninsular India.
“They could become objects of desire for any country which harbours ambition of dominating the Bay of Bengal,” he said at the workshop at Calangute, 15 km from here.
The strategic location of the Andamans made them so coveted that even when the British had decided to grant independence to India in 1947, the Royal Navy wanted to retain the islands so that they could dominate the Malacca Straits, Adm. Arun Prakash said.
“No sooner had this request been declined by the British government that (Mohammad Ali) Jinnah demanded them for Pakistan since they lay on the sea route joining the two wings of the country (Pakistan). Nehru had to make strenuous efforts to dissuade (then viceroy Louis) Mountbatten from taking this decision,” he said.
“Another threat arose during the 1965 war (with Pakistan), when (Indonesian president) Soekarno ordered his navy to occupy some of the southern islands as a show of solidarity with Pakistan. Fortunately the war ended before anything could happen,” Adm. Arun Prakash said.