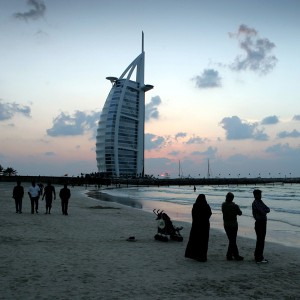 DUBAI:A father let his daughter drown because he did not wanted her to be touched by the male lifeguards, ArabianBusiness.com reported. An Asian expat living in Dubai, the man is now being sued by concerned authorities.
According to the Lt. Col Ahmed Burqibah, Deputy Director of Dubai Police’s Search and Rescue Department, the man and his family were having a picnic at the beach. The children went to swim but soon his 20-year-old daughter was drowning and started screaming for help.
When the lifeguards at the beach ran towards the girl to help her out, the father, a strong man, prevented them from doing so. He shouted that he preferred his daughter drowning than being touched by a stranger, reports Emirates 24/7.
The young girl drowned in the sea. Dubai police arrested the father on account of preventing the lifeguards from doing their job and killing his daughter.