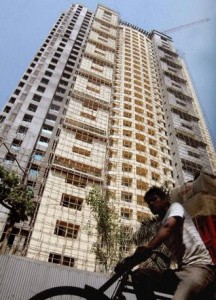 Mumbai : The Maharashtra government announced Thursday that no action is contemplated against politicians who were found guilty of ‘political patronage’ in the Adarsh Commission of Inquiry report since no criminality is found to have been committed by them. Chief Minister Prithviraj Chavan announced the same following the Cabinet meeting in which reviewing its earlier decision of rejecting the report was reviewed.
This, however, implies that former chief minister Ashok Chavan who has already been chargesheeted by the CBI in this case-having been found guilty of quid pro quo- and the 12 bureaucrats who were named, are likely to face the heat. 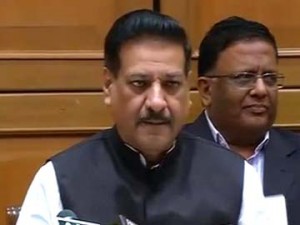 While accepting the findings of the report, the Cabinet bypassed the crucial finding that indicted former chief ministers Ashok Chavan, late Vilasrao Deshmukh, Shivajirao Nilangekar-Patil and union minister Sushilkumarr Shinde. It also indicted two former NCP ministers of state Rajesh Tope and Sunil Tatkare.
Chavan said,”No criminality under any section of the law has been found against those found guilty of political patronage. Therefore no action is contemplated against them.”
Chavan said that a departmental inquiry will be constituted against the 12 bureaucrats. “The CBI has filed FIRs against those accused of quid pro quo allocations and has already chargesheeted them. As per law, only one FIR can be filed in a case. Hence no criminal prosecution is expected from the state government against them,” he said
Chavan added that the membership of 25 ineligible members will be cancelled and action will be taken against them as per law. Moreover, the 22 benami transactions that the CBI is currently investigating, will be probed by the state and the allotments will be canceled based on the findings of the probe.
The Maharashtra government had rejected the J A Patel Commission report on the Adarsh scam which had indicted, among others, several former Chief Ministers including Sushil Kumar Shinde, the present Union Home Minister who was present at the meeting of the CMs when the issue was discussed.
This comes days after Congress vice-president Rahul Gandhi had disapproved of Maharashtra Cabinet’s decision to reject a judicial commission’s report on the Adarsh housing scandal and demanded its reconsideration.
Opposition leaders of both Houses of Parliament had taken objection to the Maharashtra governor’s denial of CBI to prosecute former Chief Minister Ashok Chavan, who was forced to step down after the scam broke. India Express.