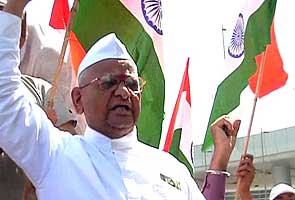 New Delhi : The anti-corruption Lokpal Bill moved a step closer to enactment after it was passed in the Rajya Sabha today after a debate that took place in an atmosphere of rare political consensus. The Bill will be taken up in the Lok Sabha tomorrow, the government announced soon after its ally Samajwadi Party backed down on its threat to block the bill at any cost. In Maharashtra, Anna Hazare said he would end his fast for a Lokpal law when the Bill is passed in the Lok Sabha.

Here are the latest updates on this story: