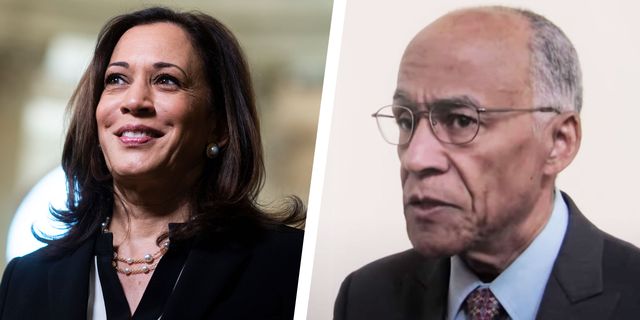 WASHINGTON: Donald Harris, the father of Indian-origin Senator and Democratic vice presidential nominee Kamala Harris, has said that close contact with his daughters “came to an abrupt halt” after a contentious custody battle, according to a media report.
The New York Times report said that the Jamaican-born economics professor expressed regret that the custody battle brought an end to the contact with his daughters.
Kamala Harris’ mother Shyamala Gopalan, a cancer biologist came from India to the US at the age of 19 to pursue her dream of curing cancer.
In her speech at the Democratic National Convention, Kamala Harris spoke fondly and profusely about her mother but had limited words for her father. She said her mother met her father, who had come from Jamaica to study economics, at the University of California Berkeley, and “the two fell in love in that most American way-while marching together for justice in the civil rights movement of the 1960s”.
“My mother instilled in my sister, Maya, and me the values that would chart the course of our lives. She raised us to be proud, strong Black women. And she raised us to know and be proud of our Indian heritage,” Kamala Harris, 55, said in her acceptance speech on Wednesday.
“When I was 5, my parents split and my mother raised us mostly on her own. Like so many mothers, she worked around the clock to make it work-packing lunches before we woke up- and paying bills after we went to bed.” said the Indian-American Senator from California.
“She made it look easy, though I know it never was. She taught us to put family first-the the family you’re born into and the family you choose,” Kamala Harris said.
The New York Times article said that her father Donald Harris 81, is long retired from teaching and has remained mostly silent even as his daughter “has stepped into the national spotlight.”
The report cited a 2018 essay by Donald, in which he says his early, close contact with his daughters “came to an abrupt halt” after a contentious custody battle.
“This early phase of interaction with my children came to an abrupt halt in 1972 when, after a hard-fought custody battle in the family court of Oakland, California, the context of the relationship was placed within arbitrary limits imposed by a court-ordered divorce settlement based on the false assumption by the State of California that fathers cannot handle parenting…Nevertheless, I persisted, never giving up on my love for my children or reneging on my responsibilities as their father,” he wrote.
The report said that his only recent comments about her, published on a Jamaican website run by an acquaintance, “express a combination of pride in his daughter and bitterness over their estrangement”.
The divorce between Kamala Harris’ parents was bitter. Harris recalls inviting both her parents to her high school graduation, “even though I knew they wouldn’t speak to each other,” and initially fearing that her mother would not show up, it said.

Donald met Shyamala Gopalan in the early 1960s while both were students at UC Berkley. The pair met outside of the classroom at a group created to discuss “Black writers overlooked by the university curriculum and debate about politics, decolonization and activism,” according to The Mercury News. The pair were also active in the Civil Rights Movement, which Kamala Harris names as integral to her story.
“My parents marched and shouted in the Civil Rights Movement of the 1960s. It’s because of them and the folks who also took to the streets to fight for justice that I am where I am,” Harris wrote on Instagram on June 10. “They laid the path for me, as only the second Black woman ever elected to the United States Senate.”
Donald and Shyamala married while still in school, and remained active in racial justice activism, particularly her mother. They reportedly used to push Kamala in a stroller at protests for racial justice and Black freedom.
Shymala filed for divorce from Donald in 1971, when Kamala was seven years old. The divorce was finalized in 1973. During divorce proceedings, Shymala was granted custody of Kamala and her sister, Maya. In an a report in Jamaica Global Online, which is now removed from the web, Donald said his interactions with his daughters “came to an abrupt halt in 1972” after he lost “hard-fought custody battle.”
Regardless, he never gave up on “my love for my children or reneging on my responsibilities as their father.”Shymala Gopalan died in 2009 of colon cancer.
She often talks about her progressive immigrant parents in broad terms to reinforce her views on public policy and social issues. While she often talks about her mother’s influence on her life, the vice presidential nominee is a little more mum when it comes to dedicating campaign time specifically to her father, Donald Harris.
(With Inputs from Media Reports).