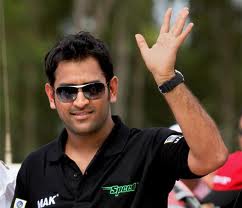 New Delhi : With the commencement of the first Test between India and South Africa at the Wanderers, Mahendra Singh Dhoni became the first Indian to captain the country in 50 Test matches.  Dhoni is the first Indian, second Asian and 14th overall to captain his country in 50 Tests.
Sir Viv Richards (West Indies), Mark Taylor (Australia) and Andrew Strauss (England) also captained their respective countries in 50 Tests. In his 49 Test matches as Indian captain, Dhoni has won 26, lost 12 and drawn 11.
At home, Dhoni has won 21 Tests, lost 3 and drawn 6, while out of India he has won 5 Tests, lost 9 and drawn 5.
Dhoni overtook former captain Sourav Ganguly to achieve the milestone.Dhoni is also the only batsman in the current Indian side with Test experience in South Africa.
The only Asian cricketer who has captained his country in more Tests is Arjuna Ranatunga of Sri Lanka in 56 Tests.