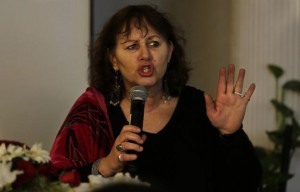 NEW DELHI: The Delhi court stay on telecast, transmission, uploading and publishing of the documentary on the December 16 gang rape will continue till further orders.The Delhi Police on Wednesday informed Chief Metropolitan Magistrate Sanjay Khanagwal that Metropolitan Magistrate Puneet Pahwa had on Tuesday passed the stay order on their application.
Mr. Khanagwal took the order and the investigating agency’s application on record saying the stay will continue till further order.The FIR lodged in the matter says that British filmmaker Leslee Udwin from BBC has interviewed Mukesh Singh, one of the convicts of Nirbhaya gang rape case in which he had made offensive and derogatory remarks against women creating an atmosphere of fear and tension with the possibility of public outcry and law and order situation.
The case has been lodge under Section 504, 505(1)(b), 509 the Indian Penal Code and 66A of the Information Technology Act.The police also said that the airing of the documentary might lead to wide spread public outcry and serious law and order problem as happened post the gang rape case.The documentary was scheduled to be telecast on BBC and NDTV on Women’s Day on March 8.