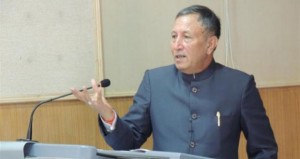 RAIPUR: While the suspense over the fate of several governors continued as they showed no sign of stepping down voluntarily, Chhattisgarh Governor Shekhar Dutt tendered his resignation on Wednesday. Dutt’s resignation came after UP Governor BL Joshi quit on Tuesday amidst NDA’s pressure on UPA-appointed governors to exit Raj Bhavan.
The Congress has attacked the BJP-led central government for “political vendetta” against UPA-era appointees.Several governors have, however, refused to put in their papers voluntarily. While Kerala Governor Sheila Dikshit evaded questions on her next move, her West Bengal counterpart MK Narayanan said resignation was not on his mind.Narayanan and Dikshit are among the governors who have reportedly been asked by union Home Secretary Anil Goswami to quit.
HR Bhardwaj, Kamla Beniwal, Margaret Alva, and K Sankaranarayanan, the Governors of Karnataka, Gujarat, Rajasthan, and Maharashtra, are said to be the ones on the Narendra Modi government’s list of targets.
Reacting to the developments, senior Congress leader M Veerappa Moily said the NDA government’s move to change UPA-appointed governors was condemnable and amounted to insulting the Constitution.The Congress is taking on the central government on this issue tooth and nail, citing a 2010 Supreme Court ruling which underlined that a change in government was not a ground for removal of governors.