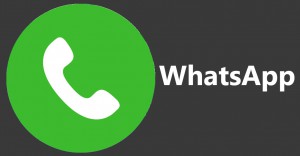 MUMBAI: Whenever you think of sending a text, voice, video or photo message, Whatsapp is the first thing that comes in your mind. But the experience gets better! This app which began offering free messaging services back in 2009 has introduced a new update bringing Urdu and Bengali language support along with some other additions.
Being a global application, this new update helps you spice up the experience of messaging and connecting. But this is not all. The update version 2.12.367 also brings additional features such as per chat custom notification settings and mute options, mark chats as unread or read and lowering the data usage on WhatsApp calls.

You now have the option of a series of skin tones for various emojis like the baby face emoji and many more. So if you wish to change the shin colour ranging from yellow to dark brown, long pressing the emoji will do the trick. Also if you receive a contact card, you can message or save the contact there itself.

Inorder to access Whatsapp in Bengali or Urdu on your Android phone, you need to tweak the language settings a bit. Just before you hit the update button on your Google Play Store, change your handset’s language settings to Urdu or Bengali.
Earlier this month, WhatsApp introduced the Stared Messages feature for Android that enabled them to have a quick hand on bookmarked messages including images, videos, or other content quickly. One can “star” a message in a separate new Starred Messages tab. Once a message is starred, the star icon appears next to the message.
WhatsApp is also on the run to create an update that lets you a get a preview of the links that are shared in your individual chats. The update will not be released, but instead be made available on the company’s beta uploads page, and APK Mirror. This latest update is currently being rolled out globally via OTA to Android users now, while some of the iOS users have already laid their hands on it.