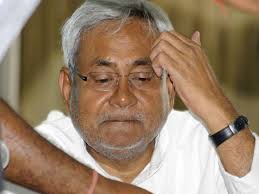 PATNA : Following strong protest by the Bihar government over Nitish Kumar not being invited to the foundation-laying ceremony of a centre of the Aligarh Muslim University in the state, the Union Human Resources Ministry has finally extended the invite to the Chief Minister.
Congress president Sonia Gandhi is scheduled to inaugurate the university centre at Kishanganj, almost 400 km away from Patna, on January 30.
Earlier today, Mr Kumar had criticized the Centre’s move to ignore the state government. “It shows the UPA government’s work culture and nature,” Mr Kumar had said.
The Bihar Chief Minister had claimed that it was his idea to establish a centre of the Uttar Pradesh-based university in the state, saying his government gave land free of cost for it.
It is, however, not yet known if Nitish Kumar will be attending the event on Thursday.