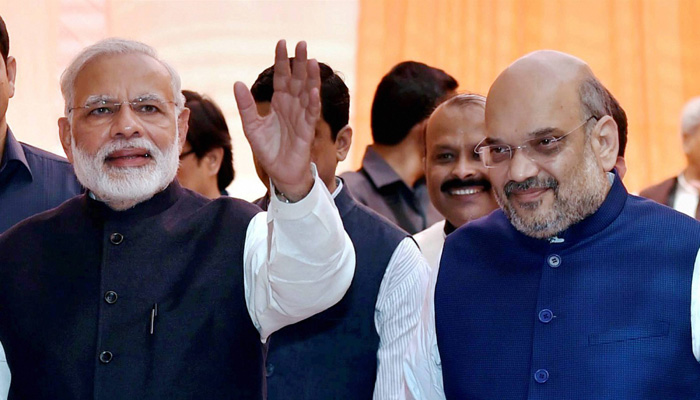 NEW DELHI : The Bharatiya Janata Party will be holding its next national executive meeting in Srinagar for the first time ever. “For the first time, BJP’s national executive meeting will be held in Srinagar next. It’s a milestone,” Minister of State for PMO Dr Jitendra Singh said. The party is hoping that it will help it in strengthening its base in the Valley and also aims to improve the situation in the strife-torn region.

The meeting comes soon after the Centre expressed its desire to hold a sustained dialogue with all stakeholders in Kashmir.  Former Intelligence Bureau (IB) Director Dineshwar Sharma has been appointed as the Centre’s “special representative” in Jammu and Kashmir.

“We have decided that a sustained dialogue process will be started in Kashmir and for that purpose former IB chief Dineshwar Sharma has been appointed. He is well versed with the issues in Kashmir and is free to hold talks with all groups and political parties necessary,” Union Home Minister Rajnath Singh had said.
Welcoming the move, Jammu and Kashmir Chief Minister Mehbooba Mufti had said that dialogue is the necessity of the hour and the only way to go forward. “This dialogue initiative is in line with PM Narendra Modi’s 15th August speech ‘na goli se, na gaali se, Kashmir ki samasya suljhegi gale lagaane se ” she had said.
During the 2014 Assembly elections, all 34 BJP candidates had lost from their respective constituencies with 33 losing their security deposits. Though the BJP has now claimed of enrolling over 3.3 lakh members in the Valley, the claim will be tested once an election process takes place. Around 300 state executive members from Jammu and Kashmir are attending the two-day programme and the BJP has formed 13 committees for the smooth conduct of the meet.