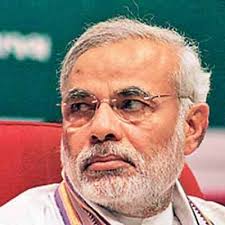 NEW DELHI:  Bihar has spoken and that too in a decisive manner. The result is undoubtedly a big blow for Narendra Modi-led NDA after their drubbing in Delhi. It gives the opposition a big leap that another state has dramatically changed its mandate after giving a decisive one to the saffron brigade just a year ago.

There are wide-spread ramifications of this defeat which are likely to weigh down the Modi government. Let’s look at it with a reference to time-frame.
Short-term effect
Currently, the entire Indian civil society discourse has been dominated by the #AwardsWapsi Brigade, who have alleged that intolerance towards dissenting views has significantly increased in the last 16 months.
These voices are only likely to get stronger and one can expect political parties like the Congress to ride on the wave to create more pressure on the government. The goal is to create an anti-Modi mood and discourse in the country so that the government slowly becomes lame-duck.
Emboldened by this victory, expect the opposition parties to crank up the rhetoric and the Winter Session of Parliament may well be a total washout again like the Monsoon ones.
Congress will sharpen its edge, baying for blood as it demands the resignation of ministers and this is likely to put the Modi government in a state of great unease. The government may well be more cagey about implementing hard economic policies, fearing more public backlash. It is likely to have a negative effect on the entire economy if the government can’t steer its reform agenda with a firm hand.
Mid-term effect
The way Lalu and Nitish managed to bury their hatchet in Bihar to come together and win the election may provide leitmotif to others to similarly do so. Expect ‘secular’ forces to join hand in many other states to stop the BJP juggernaut. Next in line is Assam, where it will be interesting to see if the AIUDUF and the Congress join hands.
The effort will be to bolster the opposition unity index to ensure anti-BJP votes doesn’t get divided. This was a strategy effectively used once against the Congress, and BJP had gained from it. It is left to be seen who gains this time from it.
Long-term effect
The good news for BJP is that all is not lost and Bihar, cutting through the hype, is just a state election. It was always behind once Lalu and Nitish decided to come together. The party still retains a fair portion of its vote-share.
In many of the states, which will go to polls in the next few years, it will be directly pitted against Congress which is still in an appalling state. So BJP will get its win but for now it needs to just weather the storm.
Narendra Modi needs to remember that his mandate is till 2019, and even without a Rajya Sabha majority, there is a lot he  can do to repose the faith of the millions who voted for him.
A turn-around in UP 2017 can completely wipe off the memories of this bitter defeat.The long-term effect of this defeat will be determined by how much the PM and his men let this defeat affect them.
It should be a blip in the radar and not the end of the road. As for the opposition, socialism and secularism will be the new keywords dominating the discourse till 2019.