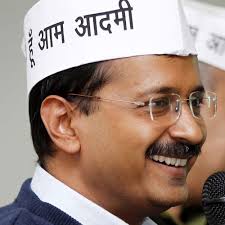 NEW DELHI: The electricity bill of Delhi Chief Minister Arvind Kejriwal’s residence in the national capital was over Rs 1 lakh for a two month period.As per the documents procured by RTI activist Vivek Garg, Kejriwal’s electricity bills were Rs 55,999 and Rs 65, 780, News Agency ANI reported.
“When Kejriwal came back from treatment he said he wont use ACs in his house, but he has 30-32 Acs, its a cruel joke,” Garg, who is associated with BJP’s RTI cell, said.
“Ek taraf janta ko bijli nahi mil rahi hai aur dusri taraf Kejriwal ji janta ke paise se bijli enjoy kar rahe hain (On one hand the public has not getting electricity and on the other hand Kejriwal is enjoying electricity at the expense of the the common man,” he added.BJP spokesperson GVL Narsimha Rao said, “His preaching is only for other politicians and not himself. AAP again getting exposed.”