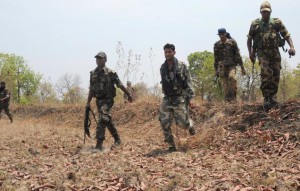 NEW DELHI : CRPF personnel undergo trauma in marital and family issues and are unable to ensure good education for their children.’
Continuous deployment in “high intensity conflict areas” is forcing jawans and officers of country’s largest paramilitary CRPF to suffer from “social ostracisation”, a report prepared on the state of affairs of the force has said.
As per the voluminous analytical report prepared on the current status of the personnel of this three-lakh strong force, they also undergo trauma in marital and family issues and are unable to ensure good education for their children.
The report puts forth some damning facts about the “pathetic” living and work conditions as well as poor emotional and physical well-being of its men and women.
“Owing to extremely difficult and sub-human working conditions, the CRPF members are usually not able to fulfil their social obligations like attending marriages, deaths and other ceremonies in the immediate family and society. This creates a sense of isolation, hampers proper matrimonial alliances and they are ostracised from society,” the report, accessed by PTI and submitted to the government for redressal, said.
Within the extended family too, the report said, since a CRPF jawan is “most of the time absent during social functions and ceremonies like marriages, betrothals, funerals and other rituals on account of his official commitments, he continues to be socially isolated even within his own family.”
The report goes on to state it has been found that CRPF personnel even “have problems in finding suitable life partners for themselves and their children.”“Children are mostly deprived of adequate parental control. This has tragic consequences in many cases.
Understandably, very few parents prefer their sons and daughters to marry the wards of the force personnel,” the report added.
The report also states that the education of their children “suffers badly” as over 85 per cent of the personnel are deployed at places where they are not permitted to keep the families.
“The education of the children suffers badly. This is a nagging worry. A survey of the educational status of the wards of CRPF personnel has shown that only 42 per cent go beyond the matriculation (class Xth) level,” it said.
Only 11.33 per cent of children of this premier force of the country go for undergraduate level of education while only a dismal 3.54 per cent are able to go for higher or Post Graduate studies, the report said.The happiness and wellness quotient of the force personnel is also under heavy stress and strain.
“Long separation from the family deprives the individual of normal married life which results in a biological, emotional and psychological torture. This often causes deviant behaviour among the force personnel. In their entire service period, a large number of personnel are not able to avail static posting or stay with their families.”
According to a survey, the percentage of our personnel who could not avail timely static posting of their choice is as high as 70-80 per cent. This generates considerable stress leading to physical and psychological problems.
“It may not be out of place to mention that if one is denied normal family life for a prolonged period, he may not as well exhibit normal behaviour. Needless to say, that this is leading to high number of family discords in the force,” it said.
The report also rings alarm bells for the security establishment of the country which is desirous of giving CRPF more and more responsibilities in the future.
“The attrition rate is very high as many as 30,297 left the force in the past eight years,” it said.The report also nails claims of the top brass of the force which has time and again said that numerous measures are being taken to alleviate the problems of jawans.
“There is a provision for only two months leave in a year but because of operational exigencies, elections and other administrative reasons, the personnel are unable to avail full leave.
“A random sample survey has revealed that on an average CRPF employee could stay with his wife and children for 45 days only in a year during the period 2013-14. Further, it is rarely possible for them to avail leave when they actually need it,” it said.
Serious questions, the report said, stare at the state of habitation facilities for the duty personnel.
“Living conditions of the personnel are such that they are susceptible to all kinds of diseases and behavioural issues reflected in many serious health issues which CRPF personnel are facing. The constant separation from their families only compounds the problems further,” it added.
Another factor which generates considerable stress among the lower ranks and jawans, the report said, is movement at short notice from hot to cold areas and from normal to extreme climatic conditions.