TAMPA BAY :Actress Vidya Balan, who was active in the promotional tours for the International Indian Film Academy (IIFA) Weekend and Awards earlier this year, has left many guessing the reason behind her absence from the main event.“Vidya had to cancel her plans at the last moment,” said a source from the organisers.The National award-winning actress was due to attend a special session here, but Priyanka Chopra filled in for her. 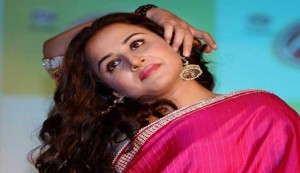 Vidya was also slated to be part of a Master Class Panel with Hollywood actor Kevin Spacey. Now, Priyanka will attend the same, scheduled to be held here Saturday.The IIFA gala started here Wednesday, and it will culminate with a star-studded and glittering awards ceremony Saturday night at the sprawling Raymond James Stadium.