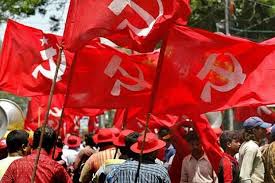 KOLKATA: Vote yes, but promises do not count! Recently a survey conducted by an organization working on political parties’ commitment to better the situation for urban poor all over India vis-à-vis political sincerity to execute their promises, found them merely remain a political slogan for vote catching!A survey based on last election manifestoes, they found barring BJP and Congress none quite spoke about the urban poor, including CPI(M), CPI which are supposed to be party of working class and even Trinamool Congress!
A survey based on 2014 election manifestoes while BJP, Congress, CPI(M) and Trinamool Congress did promise to look into the “problems like housing, transportations and a few areas, leaving aside core issues,’’ (as Suman Bhanoo of Priya said).
But when it came to the a suddenly becoming poor, work-wise displaced urban poor due to spinoffs of Congress-led UPA I & II reform-driven economic policies and lastly `much conceptualized jobless growth’ by Congress-led UPA I & II, these parties stand nowhere though all of them seek cooperation and votes from suddenly poor and displaced urban middle-class! And of course, the last one global economic slowdown affecting Indian Middle-Class comes no where in the manifestoes of any political  party.
Even top Priya activists, like Suman Bhanoo admitted that they did not consider these new factors, mentioned above, as new poor joining the existing slot in urban areas! Interestingly, though every party barring Congress spoke about inflation, but none bothered to note the plight it caused to the new poor middle-class now without much economic or financial options migrating back to rural areas as Bharat Niran (of bank ATMs, mobiles, highways, glossy cars zooming the streets menacingly and Metros expensive A/C buses)  just analogous to Nero’s new Rome phenomenon created in India widening greater disconnect to real India that lives not only with poor but in rural areas!
A top organizer of Priya admitted to this writer:“Next time we’ll take note of these recent factors creating more poor whose sons and daughters (without considering caste reservations (added with religious factor of late)  according to Indian Constitution) may become unwilling dropouts from higher education system of the country.’’
Incidentally, a little before five years, China experienced similar situation when jobless millions were migrating to villages from twons and creating social tensions.

Though due to Maoist political set up, similar to Stalinist political mindset, news about such Chinese problems, Beijing could gag up those news and its ultimate fallouts. But in big towns in India these factors have become more apparent and public, especially in West Bengal (and other poor Eastern states) despite, more than three-decade long CPI(M) rule and two and half-year rule of Mamata Banerjee promising in recent manifesto Roti, Kapra o-ur Makan! “Vote for us, but do not depend on promises:’’ still seems to be the slogan’s real meaning!With inputs from Delhi.