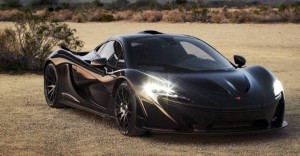 I will be honest, I have come across a lot of absurd things in my life, and yet every once in a while, I come across something that manages to surprise me. For example, the reports about customs officials in Turkmenistan refusing to allow the import of black vehicles. I haven’t gotten to the irrational part yet; though the authorities haven’t cited a reason, Chrono-tm.org – a Vienna-based opposition website – claims that people in the country are being advised to import white vehicles because it is a lucky colour.
A Russian news agency reported in September, 2014 that Gurbanguly Berdimuhamedov, the central Asian country’s president, has been using a convoy of white limousines of late. This, in turn, led about 160 officials to follow suit. However, that’s not all; the curb on import of black cars is only the latest addition to a long list of such decrees. Other such farces includes a ban on the import of coupes, supercars and vehicles with personalised number plates or tinted windows. The ban on import of supercars is notably surprising, because Berdimuhamedov drives a Bugatti Veyron.

In September, 2009, Berdimuhamedov was to meet U.S. Secretary of State Hillary Clinton at the Waldorf-Astoria hotel in New York. A source close to the delegation claims that the initial plan for his travel included the rental of a limousine in New York. However, the rental office did not allow them to drill a hole in the fender to insert the country’s flag. So his posse bought a new one for about half a million dollars instead.