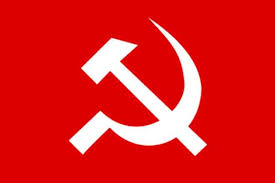 KOLKATA: It might seem even stranger than dream, yet the CPI(M) reconciles to cultural changes engineered by the fallout of economic reform-driven policies by Rightist camps headed by Congress-led UPA I and II.
The changes which scripted a massive disconnect between CPI(M) and young generations (who consider Indian Marxists as aliens now), no less a man than Biman Basu, West Bengal party secretary and Left Front Chairman and Politbureau member, only yesterday launched party’s Facebook to net the young generation boys and girls!
“This also happens to be an admission that in coming days CPI(M) will retreat from being a conservative Left organization opposed to economic reforms and will open up to cultural changes and become more flexible to economic reforms,’’ admitted a senior old-time CPI(M) leader, who no longer belongs to Left.
Incidentally, CPI(M)’s accepting Facebook and social media to as means to net `misled sons and daughters of Congress-triggered Bharat Nirman’s surplus income groups’ who are spreading faster than the decline of Left in India is a case in point.
Not only a “softer attitude’’ towards reform, of late strangely enough CPI(M) has become somewhat indifferent to its most favoured anti-Americanism, when Putin decided to eat up Crimea recently and Washington refused to accept, its writings in its Bengali mouthpiece Ganashakti become surprisingly closed to virulent condemnation of Obama-administration!
“Yes we’ll change, when it overtakes us though we are the only political friend of reform-bitten and troubled middle- and working-class,’’ admitted a party ideologue.
Paradoxically, though when Buddhadeb Bhattacharjee was open about embracing these changes a decade ago, party conservatives condemned him in no uncertain terms!