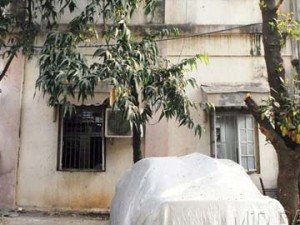 MUMBAI : While Nathuram Godse continues to be a controversial figure decades after his death, few in Mumbai are aware that a 1,000-square-feet hall in the city served as a makeshift lock-up for Mahatma Gandhi’s assassin, days after he shot the nation’s beloved patriarch at point blank range.
According to a noted historian, he was lodged in the Mumbai Special Branch (SB) office after the assassination, so that angry mobs of Indians couldn’t attack him in the jail lock-up.
And those connected to the investigations and trial that followed say that the room where he was held still holds secrets to the dark chapter in the nation’s history that followed the assassination on January 30, 1948.
The room
Godse was kept in the ‘C’ branch of the ground floor of the Special Branch building soon after he was brought to Mumbai from Delhi in the wake of the assassination. Incidentally, the building also housed the office of late Jamshed Dorab Nagarvala, deputy commissioner of police (Special Branch). Nagarvala was appointed the Superintendent of Delhi Police after the assassination and given the task of probing the case, according to noted historian Deepak Rao.

The records section of the SB building, located on Municipal Street 12, Badruddin Tayabji Marg (Gymnasium Road) near CST, is a large hall that was used to preserve all the records collected by the Special Branch. The present staff, including senior officers attached to the SB, is unaware of the history of the hall. Their ignorance perhaps stems from the fact that all the documents pertaining to the investigation of Gandhi’s assassination have been declared classified, explained Rao.
“Instead of lodging him in the general Crime Branch lock-up which is located next to the SB office, Nagarvala had kept him in the record room for a week or two. This was done to protect Godse from being lynched or attacked by a mob. He was then taken to different locations in Thane and Pune to assist in investigations into the conspiracy that led to the murder,” said Rao.
Nagarvala and Rao stayed in the same building at Marine Lines, and were on good terms. Rao recalled, “On February 17, 1948, Nagarvala received a phone call from Delhi informing him about his appointment to probe the Gandhi assassination case. He was vested with the task of nabbing the conspirators and those who had supplied the firearms to execute the killing.”

Rao added, “After the bifurcation of erstwhile Bombay into the states of Maharashtra and Gujarat, J D Nagarvala became the first Inspector General of Police of Gujarat on May 1, 1960, and continued in the post for a period of 13 years. Following his retirement, it was easy for me to get access to Nagarwala, who himself told me about Godse being kept in the records room of the SB building.”
While time has erased all traces of Godse’s stay in the hall, secrets unearthed in the case are still enclosed in the very room, say sources. A former additional commissioner of police, who had served in the SB, admitted in confidence to having seen documents pertaining to the agitation and riots following Gandhi’s assassination in the records room, and confirmed that all the case papers, including diaries maintained by investigating police officers were preserved and labelled ‘classified’ by the Government of India.
When asked to confirm the same, former Union Home Secretary R K Singh, said, “I am at a meeting.”Former Home Secretary G K Pillai said, “Most of the top secret files were transferred to the National Archives. This includes those on Gandhi, Subhash Chandra Bose, as most of them run into lakhs of volumes.
Only those records that may be termed sensitive information may still be in the Home Ministry records section. But I think that even the time period for a document to remain classified is only 30 years, unless any special order was passed by the government in case of Gandhi’s assassination.”
‘My family had to starve because of Nathuram’
On the morning of January 30, 1948, Jaffer Alibhai Kilawala (84), a resident of Byculla, had just inaugurated his small circulating library. The establishment still stands today, as Jaffer Book Stall and Circulating Library. He had around 350 comic books.

In less than two hours from the inauguration, however, he had to shut shop as trouble brewed in the wake of Mahatma’s assassination. He kept the shutters down for the days that followed, as tension mounted. Prior to buying the small shop for Rs. 200, Jaffer had been selling comics on the pavement near Byculla station.
Speaking to MiD DAY from his house behind the shop, Jafferbhai said he recalls the incidents vividly: “It was because of Nathuram Godse that my family had to starve for five days. I had just managed to make a few annas of sale, and within hours I had to shut shop.”
Father made the sketch of Godse: Cop’s daughter
MiD DAY traced the daughter of Balchandra Haldipur, a police inspector in 1948 who was working under Nagarvala in the Special Branch probe team that was given the task of nabbing Godse’s co-conspirators. Haldipur was instrumental in catching two of them Narayan Apte and Vishnu Karkare.
He retired in 1975 as DCP of Greater Bombay. Speaking from her Thane residence, 69-year-old Shakuntala, a retired school principal, reminisced that her father had a razor-sharp memory and sketched portraits of people he met. He had even sketched Godse, when he was being taken from Mumbai to Delhi for the trial by air.
“My father would have raw eggs to save time and work on the leads of the case. The day Apte and Karkare checked into Pyrkes Apollo Hotel near Regal cinema, my father waited for them for seven hours. He had no photographs of them based merely on his suspicion, he called out ‘Kai re Apte,’ and the man who he suspected to be Apte turned round to answer the call. He was nabbed, along with Karkare,” said Raja (76), his
son-in-law.
The trial started on June 22, 1948 and all the accused were taken to a court in Red Fort, specially constituted by an order of the Union Government. Haldipur, being one of the investigators, had to take his family and was given accommodation inside the fort. “I was admitted to school late. I was already seven-years-old when I was sent to school, as I stayed with my parents in Red Fort, during the trial,” recalled Shakuntala.
The trial went on for eight months before Justice Atma Charan passed a final order on February 10, 1949. Eight men were convicted for the murder conspiracy, and others convicted for violation of the Explosive Substances Act. Godse and Apte were sentenced to death and the six others were awarded life imprisonment.NDTV.