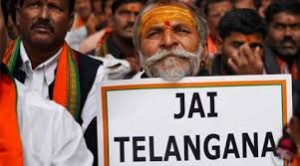 NEW DELHI : A controversial bill to create Telangana by dividing Andhra Pradesh was passed in the Lok Sabha today amid protests, but its live telecast was cut off in an unprecedented blackout. The bill will now be taken up in the Rajya Sabha.Andhra Pradesh Chief Minister Kiran Kumar Reddy plans to resign tomorrow and float his own party while anti-Telangana politicians like Jagan Mohan Reddy have called for a shutdown in the state.Here are the 10 latest developments in the story Three minutes after Home Minister Sushil Kumar Shinde began the proceedings for discussing and passing the bill, the live telecast of Lok Sabha was cut off. The doors and galleries were sealed.
Speaker Meira Kumar told NDTV that the telecast was stopped due to a problem. “There was a problem, so we couldn’t show the live telecast,” she said. The Lok Sabha secretariat later called it a ‘technical glitch’. Senior Congress leader Jaipal Reddy defended the blackout, saying a large section of media did witness the proceedings from the galleries.Though the BJP was on board with the ruling UPA over granting statehood to Telangana, the party later objected to the way the proceedings were conducted with senior BJP leader Arun Jaitley tweeting that it reminded him of “emergency”.
“Today our Seemandhra and Telangana brothers need healing for the pain inflicted by Congress, but they (Sonia and Rahul Gandhi) don’t have time to speak a few words of healing touch to them,” BJP’s prime ministerial hopeful Narendra Modi said at a rally in Karnataka moments after the passage of the bill in Lok Sabha.The BJP’s Sushma Swaraj called the blackout a “tactical glitch”. She said she was not aware that the telecast had been stopped. During her speech on Telangana in the Lok Sabha, some MPs had pointed it out but she continued speaking.Deputy parliamentary affairs minister, Rajiv Shukla, indicated that the blackout may have been planned as he said, “There are provisions for TV cameras to be turned off whenever there are disruptions in the house, when MPs are in the well.”
The Left and the Trinamool reportedly protested inside Lok Sabha over the manner in which the bill was taken up for passing. “Today democracy has been killed in spirit,” said Trinamool member Dinesh Trivedi.Lagadapati Rajagopal, the expelled Congress MP who used pepper spray on fellow parliamentarians in the Lok Sabha last week, said he had decided to resign and quit politics.Politicians from Seemandhra, the non-Telangana region of Andhra Pradesh, including Chief Minister Kiran Kumar Reddy, oppose the bifurcation; Seemandhra is worried about a smaller share of water, power and revenue from Telangana once the new state is created.