PANAJI: The Goa Police Crime Branch has been directed by a fast track court Saturday to submit copies of all evidence, including unedited CCTV video footage, to former Tehelka editor-in-chief Tarun Tejpal, who faces charges of rape. 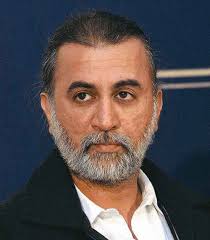 Additional Sessions Judge Vijaya Pol in her order directed the investigating officials to hand over the evidence within 20 days from Saturday. Tejpal had been repeatedly seeking footage from CCTV cameras installed outside an elevator at the Grand Hyatt hotel, on the outskirts of Panaji, where he is alleged to have raped a now former junior colleague twice on two days.
The journalist has contested the allegation of rape and had claimed in an application to the court that the CCTV footage, which has been used as evidence by the police against him, should be handed over to him because “it was evidence” of his “innocence”.The victim had claimed that Tejpal had raped in the elevator during ThinkFest, an annual conference organized by Tejpal in Goa. Tejpal, who surrendered to the police, has been in police and judicial custody for over five months now.