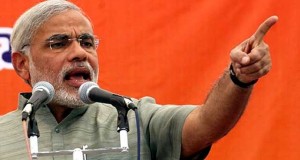 NEW DELHI : Prime Minister Narendra Moditoday reiterated his government’s commitment to improving the safety of women, urging political leaders, “Stop analysing the psychology behind rape. The dignity of our mothers and ours sisters must be protected.” In his first comments on the issue since the shocking double-rape and hanging of two young girls two weeks ago, the PM said, “Respecting and protecting women should be priority of 1.25 billion people in this country.”
His remarks were made as parliament debated the roadmap for his government which was outlined earlier this week in a speech to both houses by President Pranab Mukherjee. “The government will have a policy of zero tolerance for violence against women, and will strengthen the criminal justice system for its effective implementation,” President Mukherjee had told a joint sitting of parliament.
The pledges by the government come after the fatal gang-rape last month of two lower-caste girls, aged 14 and 15, in a village in Uttar Pradesh, which reignited anger over violence against women.The cousins had gone into the fields in the evening to relieve themselves when they were attacked because their homes, like most in the district, do not have toilets.
India brought in tougher laws last year after the fatal gang-rape of a student on a bus in New Delhi, but they have failed to stem the tide of sex attacks across the country, and implementation remains patchy, according to experts.The Modi government has voted stricter implementation of those laws.A rape occurs every 22 minutes, according to Indian government figures.