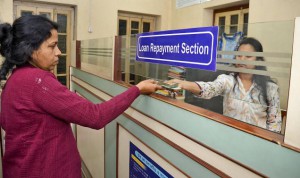 KOLKATA: A cooperative run by sex workers of Songachi, which functions as a bank for sex workers, has won the prestigious award for the best run cooperative in West Bengal for 2014.
Usha Multipurpose Co-operative Society Ltd, the largest sex workers’ financial institution in Asia, owned and managed by sex workers, has a corpus of Rs 19 crores and 20,000 members.
“Before the cooperative was started, we were left at the mercy of moneylenders and madams. Since the sex workers did not have address and identification proof, it was impossible for us to open an account in banks,” said Rita Rai, a sex worker who is actively involved in the Usha Cooperative.
Like Ms Rai, Abida Begum, has taken loans from the cooperative a number of times. “It is with the help of the cooperative that I managed my finances and was able to buy a piece of land. Earlier most of our earnings were spent in paying back the moneylender,” she said.
The cooperative has given sex workers a sense of empowerment. With this, they have been able to release themselves from the clutches of madams and pimps. As a result of this bank, The Hindu came across several women who have been able to educate their children, arrange the marriage of their daughters and even buy property of their own. Dependence on the bank has also mitigated the impact of the recent deposit collection scams that have rocked West Bengal on sex workers.
The beginning, however, was not easy. Chief Advisor to the cooperative, S Jana recalls the resistance faced by him and the sex workers when they decided to set up a bank of their own.
“I was personally threatened, bombs were hurled at us, and the girls were under pressure to not join the cooperative movement. However, slowly we were able to convince the women who joined us in greater numbers each year Dr Jana told.
The cooperative started its operations in 1995. “To begin a society run by sex workers was not an easy task. There was a debate in the West Bengal Legislative Assembly and an amendment was brought to the Cooperative Act to enable sex workers to start a cooperative society,” Dr Jana said. He is hopeful that in 2015 itself, the Reserve Bank of India will give the cooperative a full-fledged licence to function as a bank.
The members of the cooperative society say that they do not demand an identification proof for opening an account and the rate of interest is lower than many nationalized banks.